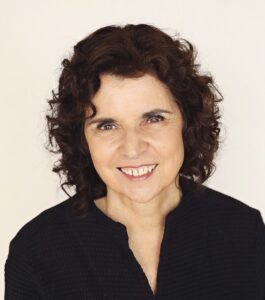 A Zoom link will be emailed to the membership the week of the event.

Looking Ahead to a Creative Retirement—No Matter Your Age!
———————

Dr. Beth Gigante Klingenstein dedicated herself to her much-loved independent piano studio for the first twenty-five years of her career, during which time she published her first book, A Business Guide for the Music Teacher. Moving from Northern Virginia to North Dakota in 1994, she accepted a teaching position at Valley City State University (VCSU). In addition to her VCSU teaching duties, she founded and directed the VCSU Community School of the Arts, including community arts programs such as a community orchestra, an annual chamber music festival, a women’s choir, a children’s choir, visual arts classes, and a literary magazine. In honor of her energy and determination in bringing the arts to underserved rural communities, she received the North Dakota Governor’s Award for the Arts in 2007. While at VCSU, Klingenstein created internationally successful online piano pedagogy courses and published her second book, The Independent Piano Teacher’s Studio Handbook, a widely-used resource among current independent and pedagogy teachers.

After teaching at VCSU for twenty years, eventually becoming department chair, Klingenstein took the position of executive director of the North Dakota Council on the Arts, a position she held until her retirement.

Klingenstein has served Music Teachers National Association (MTNA) throughout her career, including as West Central Division Director, on the 2009 national conference planning committee, for five years on the American Music Teacher (AMT) editorial committee and as Secretary/Treasurer of the Board of Directors. She was the original author of AMT’s popular column, “It’s All of Your Business” and became a Foundation Fellow in 2006. Klingenstein’s many local/state positions include president of Northern Virginia MTA, Valley City MTA, and two terms as president of North Dakota MTA. She was instrumental in creating the MTNA Business Resources webpage and establishing the newly formed Business Resources Network. Her 160+ presentations on business, pedagogical, and advocacy issues have been enthusiastically received nationwide.

Klingenstein earned degrees in piano performance from Syracuse University (BM) and the University of Michigan (MM), and a PhD in educational leadership from the University of North Dakota. She holds the designation of MTNA Permanent Professional Certification.