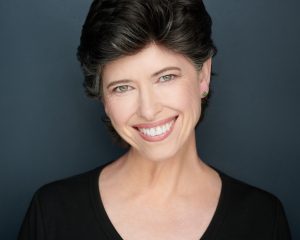 Soprano Nancy MacArthur Smith is known to Washington area audiences for her performances of early music, art song, opera, and musical theater. She has created song recitals for Osher Lifelong Learning Institute, Friday Morning Music Club, Erickson Retirement Communities, and Woodbridge Music Club. She has performed in four English cathedrals with the Carya Ensemble, a liturgical choir specializing in Anglican music. Other ensembles she has performed with include The Washington National Opera, ChorSymphonica, Carmina, The Washington Kantorei, Armonia Nova, and The Orchestra of the 17th Century.  She has soloed in oratorios by Rutter, Brahms, Fauré, and Mozart, as well as Handel’s Messiah, Schubert’s Mass in G, and Vivaldi’s Gloria. Her opera and musical theater roles include Mother in Amahl and the Night Visitors, Natalie in The Merry Widow, Mabel in The Pirates of Penzance, Carrie in Carousel, Laurey in Oklahoma, and Sarah in Guys and Dolls. She toured the United States and abroad with the Soldiers’ Chorus of the U.S. Army Field Band and has directed several musicals, most recently Ragtime with Bay View Summer Music Festival in Michigan. Ms. Smith has been a performing member of the Friday Morning Music Club since 1986. She serves as Secretary on the board of the Virginia National Association of Teachers of Singing (NATS). She maintains an independent voice studio in Clifton, Virginia. Ms. Smith has a B.A. in English and Music from Hope College in Michigan and studied Vocal Performance at the University of Illinois. After moving to Washington, D.C., she continued her studies with Martha Randall, Gillian Cookson, and George Gibson.

Dr. Lisa Bloy is a vocal coach at George Mason University and serves as organist at Falls Church Presbyterian Church.  She holds degrees from Oberlin Conservatory, Pennsylvania State University, and Michigan State University and is an active recitalist in the area. She was recently the conductor for Shakespeare Opera Theater’s production of Romeo and Juliet with Berlioz’s music and Midsummer Night’s Dream with Mendelssohn’s incidental music, as well as the assistant conductor for their production of Verdi’s Falstaff and Loudoun Lyric Opera’s production of Menotti’s Amahl and the Night Visitors.  She has been a music director at the Atlantic Music Festival and the Bethesda Summer Music Festival.  She resides in Haymarket, VA, with her husband and two children.