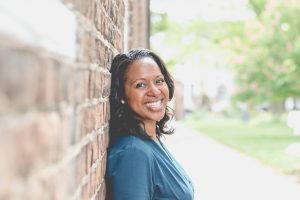 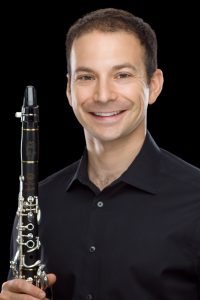 A recognized leader in contemporary music advocacy, pianist Elizabeth G. Hill has performed in 13 U.S. states and Europe in service of her life’s work: joining cultures together through music. She is a proud performer within numerous chamber ensembles within the Washington, D.C. area, serving as Principal Pianist for her own duo Meraki, the Balance Campaign, and Symphony Number One, all of whom are active in performing and commissioning contemporary music. Also known for her work as a solo performer, educator, and lecturer, Dr. Hill was recently appointed on the Collaborative Piano Faculty at the Heifetz International Music Institute and has given numerous lecture recitals and presentations across the United States. Originally raised in Anchorage, Alaska, Elizabeth Hill holds degrees from Mary Baldwin College (B.A.), James Madison University (M.M.), and The Catholic University of America (D.M.A. with a specialization in Chamber Music).

Clarinetist Jeremy Eig’s musical interests run the gamut from solo performing to chamber music, teaching, commissioning new music and arranging/editing works for clarinet ensemble. He performs with the New Orchestra of Washington and is a frequent performer in the Washington, DC area in venues ranging from Wolf Trap to the 9:30 Club. Previous projects included Neighborhood Concerts, which presented free chamber music performance around Washington, DC, and the Clarinet Commission Collective that formed a consortium to commission Sonatina No. 2 for Clarinet and Piano from composer Paul Schoenfield. He also arranges and publishes works for clarinet ensembles through JTown Publications. Dr. Eig completed his doctoral studies in 2008 at Stony Brook University. He received the degrees of Master of Music and Artist Diploma from Yale University, Bachelor of Music from the University of Michigan, and is a graduate of the Interlochen Arts Academy. Principal teachers include David Shifrin, Alan Kay, Fred Ormand, and Richard Hawkins. He has served in the US Navy Band since July 2012, and holds the rank of Musician 1st Class. Jeremy Eig is a performing artist for Selmer Paris clarinets.