Over 120 students competed in these three competitions in 2022. Six students will perform with the Amadeus Orchestra including two students from 2020 who were chosen but were unable to perform when the event was canceled due to covid-19. This year’s performers (pictured below in this order) include Jude Giddons (piano), Runa Matsushita (violin), Mikhail Mints (clarinet), Christopher Tate (cello), Kevin Wu (clarinet), and Angela J. Zhang (piano).

Congratulations to these students, their teachers, and their families! Thank you to Artistic Director Scott Wood and the Amadeus Orchestra and NVMTA for making this wonderful experience possible. Donations are gratefully accepted to make this a continuing event for these talented students and can be made at nvmta.org. Please indicate that it is for opportunities with the Amadeus Orchestra.

Tickets for this performance are $40 each and are available online at amadeusconcerts.com.

Photos and Student bios are below: 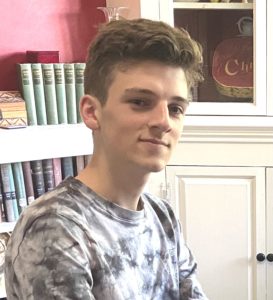 Jude Giddens is a high school senior who has been playing piano since he was 6 years old. During his 11 years at the piano, he found so much joy in playing for himself and others. Jude loves playing in solo community recitals and participating in chamber music. He also privately teaches several of his own students. His most recent competitive accomplishments include 1st prize for the Robert Spencer Concerto competition and 1st prize for the Washington Music Teachers Association competition. Jude has also been invited to play at the Hungarian embassy in Washington DC, the George Mason University Center for Performing Arts, and the Csehy Summer School of Music. Outside of music, Jude enjoys hiking, traveling, and competing in speech and debate tournaments. 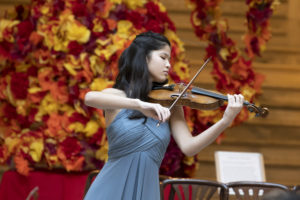 Runa Matsushita, age sixteen, started playing the violin when she was three years old. At age seven, she joined the Baltimore Symphony Youth Orchestra and has performed with the BSYO three times, and performed the first movement of Vivaldi’s Winter with the Baltimore Symphony Orchestra on numerous occasions. She has won such competitions as the VIVO International Music Competition, American Fine Arts Festival Romantic Music International Competition, International Grande Music Competition, the Mary Smart Concerto Competition at the Summit Music Festival, and the National Chamber Ensemble Young Artist Competition among others. Runa was also invited to perform for the late Supreme Court justice Ruth Bader Ginsburg at the Japanese Ambassador’s Residence and has performed in venues including the Weill Recital Hall in Carnegie Hall, Kennedy Center, and the Joseph Meyerhoff Symphony Hall. Currently, she studies with June Huang and plays a J. B. Vuillaume violin kindly sponsored by the Virtu Foundation. 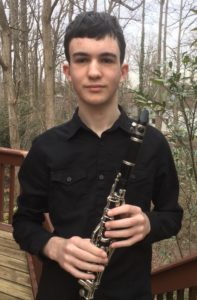 Mikhail Mints was born in Moscow, Russia, where he started playing the classical guitar at age 8. He began playing the clarinet at age 11 after moving to Virginia. Mikhail studies clarinet with Ms. Nancy Genovese. He is a senior at Thomas Jefferson High School for Science and Technology, where he is a member of the Symphonic Wind Ensemble. He has been selected for ensembles such as the All-District Band, the All-Virginia Band, and the All-Virginia Guitar Ensemble. He has also participated in various solo recitals and competitions, as well as community outreach performances. Mikhail’s main academic interest aside from music is computer science, which he is planning to pursue as a major in college. 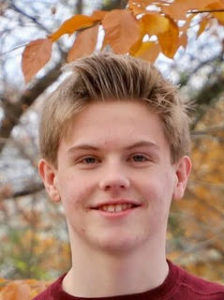 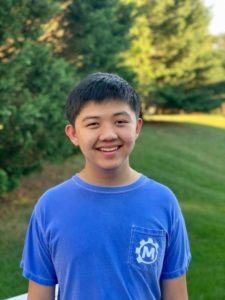 Kevin Wu is sixteen years old and a junior at the Math, Science, and Computer Science magnet program at Montgomery Blair High School in Silver Spring, Maryland. He started playing piano at the age of five and clarinet at the age of nine. He currently studies clarinet with Dr. Albert Hunt. Kevin is a member of the MCYO Philharmonic and Maryland All State Senior Band. Among his various achievements, Kevin was the winner at the Northern Virginia Music Teachers Association (NVMTA) Woodwind Concerto Competition, the NVMA Woodwind/Brass/Percussion Competition and the International Grande Music Competition. When not playing the clarinet, Kevin enjoys playing tennis, Frisbee, and solving math puzzles. 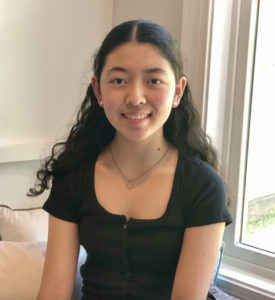 Angela J. Zhang, 16, is a junior at the Thomas Jefferson High School for Science and Technology. She is a student of Lisa Emenheiser Sarratt and has studied music for 11 years. Angela has won first place at the MSMTA Gertrude Brown Memorial Concerto Competition, MSMTA Miriam Shields Gottlieb Memorial Piano Competition, NVMTA Piano Achievement Awards Competition, NVMTA Robert Spencer Concerto Competition, and WMTA Hungarian Competition. Her passion for music also includes performing chamber music. As a National Symphony Orchestra Youth Fellow, Angela has performed on the Kennedy Center Millennium Stage and in the National Institutes of Health Atrium. Recently, she performed for the First Lady of the United States and governors’ spouses. Angela has been a Tacy Foundation Live Performance Chief Intern since middle school and organizes monthly performances at elderly homes.