It’s the ultimate version of their flagship side-by-side concerts in the schools.

To purchase tickets: www.amadeusconcerts.com
Tickets $40, 17 and under free

Director and Conductor: A. Scott Wood 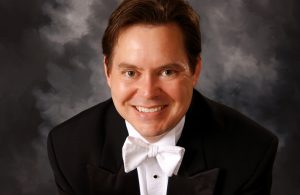 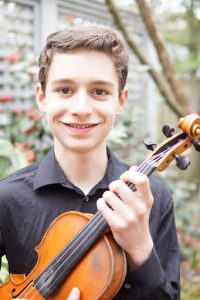 Jeremy Foster, 15, began his violin studies at age 5 with Susan Fuller, and has been a student of Ronda Cole since 2012. He has performed on numerous recitals and has participated in such competitions as the NVMTA Concerto Competition and its Achievement Awards. In January 2019, Jeremy won first place in the 2018-19 NVMTA Concerto Competition (Intermediate Upper Strings) when he played Zigeunerweisen by Pablo de Sarasate, and a year earlier, he won first place in the 2017-18 NVMTA Upper Strings Achievement Awards when he performed the 1st movement of Mendelssohn’s Violin Concerto and a selection from Gershwin/Heifetz’s Porgy and Bess Suite.

In addition to studying the violin, Jeremy was a piano student of Kathryn Brake from 2011-2016 and Marjorie Lee in 2017. As a pianist, he participated in NVMTA’s 2017 Sonata Festival and was chosen to perform on its Honors Recital. 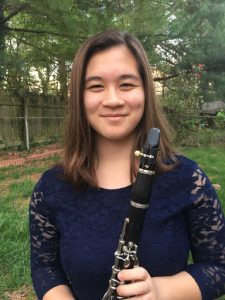 Leelee Kopca has played the clarinet since the 4th grade. A student of Nancy Genovese, Leelee is part of Yorktown High School’s Symphonic Band in Arlington, where she is a junior. Leelee was in the Virginia All-State Wind Ensemble this year, and has been a member of the VA District 12 Band the past 3 years. Passionate about music, Leelee spends part of her summers at music camps, including the Boston University Tanglewood Institute in Lenox, Massachusetts, and the Interlochen Music Camp in Interlochen, Michigan. When she is not in music camp, Leelee is a lifeguard at the Overlee Community Association pools in Arlington. Leelee’s other passion is ballet, which she has studied for 10 years. Leelee hopes to major in music in college. 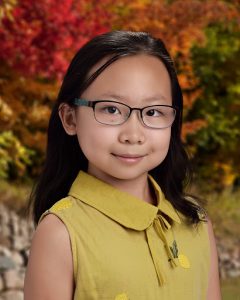 Sophia loves music and enjoys giving back to the community by performing in many community centers in Maryland, Virginia and Washington DC, including National Institute of Health’s Hospital and has recorded her music on CDs for patients nationwide. She is a national Math Competition Gold Medalist and Davidson Young Scholar and loves reading. 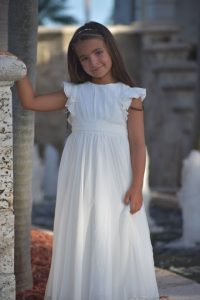 Anne Valerie Ter was born in Alexandria, Virginia. Her exceptional academic and musical gifts manifested quickly and have been fostered by her parents since she was a toddler. Anne Valerie was able to read by herself, in both English and Russian, since she was four; she began piano studies before she was three. As a pianist, the balance between Anne Valerie’s mathematical skills and musical talent form a symbiotic relationship, allowing her to perform at a level beyond her years. She regularly participates in piano competitions, recently winning First Place in her age group in Robert Spencer Piano Concerto Competition. Currently at the age of eight, Anne Valerie is a fourth grade student in the advanced academic program of Stratford Landing Elementary School. In addition, she is involved in a range of different activities, including the U.S. National Children’s Chorus, ballet, drama, swimming, tennis, and ice skating. She studies with Anna Balakerskaia. 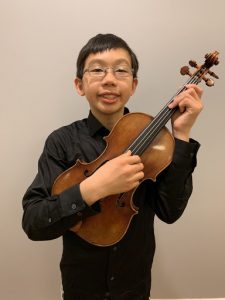 Ethan Chien, violist, is 12 years old and currently a 6th grader at Oak Hill Elementary school in Herndon, VA. Chien started out with the violin at the age of 5. At age 8, he switched from violin to viola. In January 2018, Chien attended the Northern Virginia Music Teacher Association (NVMTA) Concerto Competition and won 2nd place in the lower strings elementary division. Later in that year, he competed in NVMTA’s Achievement Awards Competition and received 3rd place in the lower strings division. This past January, he participated in the NVMTA Concerto Competition again and received 1st place. Chien has attended NVMTA Spring Festival with a superior rating for 5 consecutive years (2015-2019). Chien was a principal of viola in American Youth Debut Orchestra in 2017-2018. He is a student of Mr. Shen-Pang Chien. 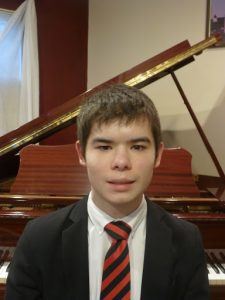 Christopher Papenfuss is an 18-year old homeschooled senior, living in Fairfax County, Virginia. He has been studying the piano for more than 12 years and currently studies with Dr. James Litzelman. He has won multiple competitions over the years and received many awards. He is a multiple winner of the MTNA State Audition for Washington D.C., the Old Dominion University Classical Period Piano Competition, and the NVMTA Piano Achievement Awards. Christopher has performed in multiple master classes with internationally known pianists, has played for the Young Artist Musicale at the George Mason University Performing Arts Center, and appeared as a featured performer for the Music Friends Concerts at the Alden in March of 2015. Christopher is fluent in Japanese and has completed all of his requirements for Eagle Scout. 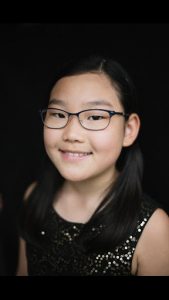 Emma Kim, 9, is a fourth grader from Herndon, Virginia, and attends Navy Elementary School. She has studied the violin with Ko Sugiyama since she was 7 years old. In 2017, Emma was a member of the Arlington Youth Philharmonic Orchestra (AYPO). Earlier this year, she participated in the Feder Memorial String Competition and won 2nd prize. Emma plays the violin in her school orchestra and looks forward to participating in AYPO’s Summer String Academy. Apart from music, she loves history, and particularly enjoys learning about the lives of historical figures. Emma also spends much of her time reading, bike riding and playing with her older sister and younger brother. 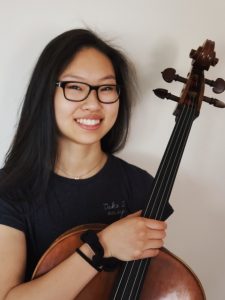 Fay Shuai began cello at the age of 8 in her hometown of Tulsa, Oklahoma after a few years of fundamental music training on the piano. Interestingly, she never really developed a genuine love for the instrument until the summer before her freshman year in high school. This year, Fay was a first-chair cellist in the 2018 Senior Regional Orchestra of Northern Virginia and recently, was chosen to participate in the highly competitive Philadelphia International Music Festival Solo Performance Preparation program. Fay is also a cellist in the American Youth Philharmonic Orchestra and participates in their chamber ensemble program. When she’s not around her cello, Fay likes to paint and watch thriller sci-fi movies. Fay is a student of James Lee.